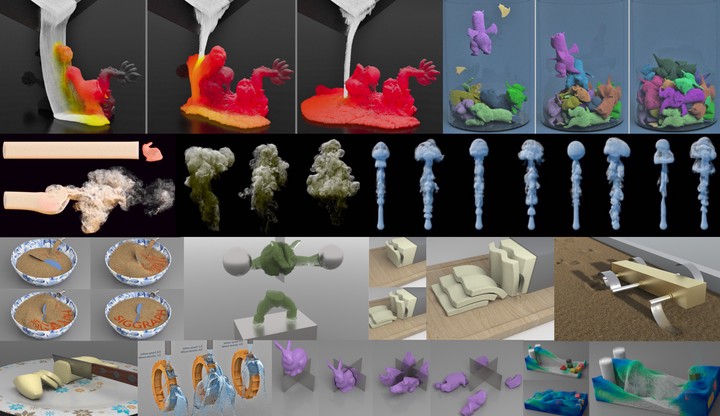 This course is focused on practical high-performance implementations of hybrid Lagrangian-Eulerian simulation schemes, especially the Material Point Method (MPM) and hybrid vortex methods. Starting with a gentle introduction to the schemes and modern computer architecture, we will cover topics including algorithmic design, data structures, parallelization, and low-level architecture-specific CPU/GPU optimizations.

Yuanming Hu is a second-year Ph.D. student at MIT CSAIL with Fredo Durand and Bill Freeman. His research interests are physical simulation, computational photography, and high-performance computing. Currently, he works on programming languages and compilers for sparse visual computing.

Xinxin Zhang did his PhD working with Robert Bridson at UBC. His work mostly deals with N-Body summations and boundary integral solvers. He is currently a senior graphics RnD engineer at Tencent, before which he worked for Lytro, Beijing Film Academy, and got his first screen credit for Hobbits3: The Battle of Five Armies when he worked at Weta digital. He also open-sourced an efficient single file AMGPCG solver in case you are looking for a simple and good solution to your Poisson problems.

Ming Gao got his Ph.D. from the University of Wisconsin, Madison working with Eftychios Sifakis, doing simulations with spatially adaptive fluid simulations and MPM. He joined Tencent America recently as a research scientist after his postdoctoral experience at the University of Pennsylvania.

Chenfanfu Jiang is an assistant professor from the Univeristy of Pennsylvania. He got his PhD from UCLA and his research focus has been Particle-in-Cell fluids and MPM for more than five years. His lab is actively recruiting Ph.D. students and postdocs with interests and maybe experiences in particle simulations, high-performance computing, and GPU programming. 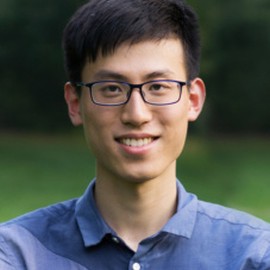